The fourth of nine children, Donald was born February 17, 1950, on a sprawling farm in Wharton, a small town sixty miles south of Houston, TX. His father, Elder James Allen Stevens, was an assistant pastor at True Holiness Pentecostal Church, and his mother, Rosie Bell Allen, was a missionary.

Donald and his rowdy siblings shared a four bedroom “shotgun” house built by their father and remained incredibly close all their lives. The entire family was baptized in the name of Jesus and attended church every Sunday.

After graduating from Wharton Senior High School, Donald moved to Los Angeles, CA and began working as a grocery clerk for ABC Market. Hired as Deli Liquor Manager for Vons Grocery, he won top honors for his department, quickly ascending as one of the first black managers of the Vons Grocery Chain.

Donald’s store became the Vons standard, one toured by all managers as an exemplary model for the entire chain. He always said that the reason he paid attention to every, minute detail was because his father told him to “work as though God is watching you!”

When four of his brothers, Robert, James, Wayne and Dwayne, followed Donald to California, they were hired by Vons and Safeway and treated almost as celebrities—all due to Donald’s work ethic. Vons executives were quoted as saying that any store that employs a “Stevens” should consider itself lucky. Donald’s reputation for perfection was that much of a Vons legend!

He optimized his father’s advice

When it came to buying a Pepperidge Farms franchise, Donald levied the same principles that brought him fame at Vons by optimizing his father’s advice on how to run a successful business, whether a farm, cultivating hay and grain, raising cattle, or being a famous U.S Navy chef. He also opened a barbecue restaurant in Oxnard called “It’s In the Sauce BBQ.”

Donald met the girl of his dreams, Ancina Andrews, at the Fellowship of Jesus Church, where Ancina’s uncle and aunt were pastors. His three sisters also belonged. Ancina, a striking beauty with long red hair, took Donald’s breath away. He not only fell head over heels for her, he rekindled his love of God.

They married in her church in 1973, living first in Los Angeles, and, in 1975, moved to Camarillo. Their only child, Darren Andrew, was born in 1988. A doting father, Donald was active in his son’s soccer leagues, often serving as honorary Soccer Coach, and volunteering to work in the snack bar. Darren was the pride and joy of his existence.

Yet, Donald always had time for his siblings. Take the infamous melon incident.

After moving to California, Donald returned to Texas to bring his brother Robert back to live with him and Ancina. He wanted to give Robert the best possible start. Since Donald and Ancina loved Texas watermelon, they selected the perfect one to tote back to California.

Robert was placed in charge of safeguarding the melon, carefully monitoring the prize for the 2,400-mile trip across Texas, New Mexico, Nevada and Arizona, until they finally reached California.

Upon arriving at Donald and Ancina’s home, Robert carefully exited the car, the precious watermelon balanced in both hands—only to drop it on the sidewalk. It broke into what seemed like a million pieces! Robert was devastated. Donald simply smiled and told his brother not to worry, that they would get another melon on their next trip Texas.

As Robert said, “Donald was always the best big brother ever!”

Donald is the reason all of his brothers loved fishing and the Dallas Cowboys.  “His all-time best day was fishing while watching the Cowboys on his mini TV!” his brother James said. He also deigned to watch Los Angeles Dodgers games.

He took all his brothers to see the Dallas Cowboys’ train in Thousand Oaks, CA, and they met all the players. It was a dream come true. Donald’s love of the Cowboys almost matched his love for his brothers and sisters. If any of them needed money, for example, they would, without hesitation, go to their brother.

He would give you the shirt off his back

He always advised them to do their best, but if they needed funds he would help. He rarely allowed anyone to pay him back.

When James bought his first home, Donald gave him a brand new lawn mower. “I treasure that mower,” James said, “because it symbolizes that Donald would literally give you the shirt off his back!”

Donald will be truly missed. But he will always live on through the lives of everyone he touched. 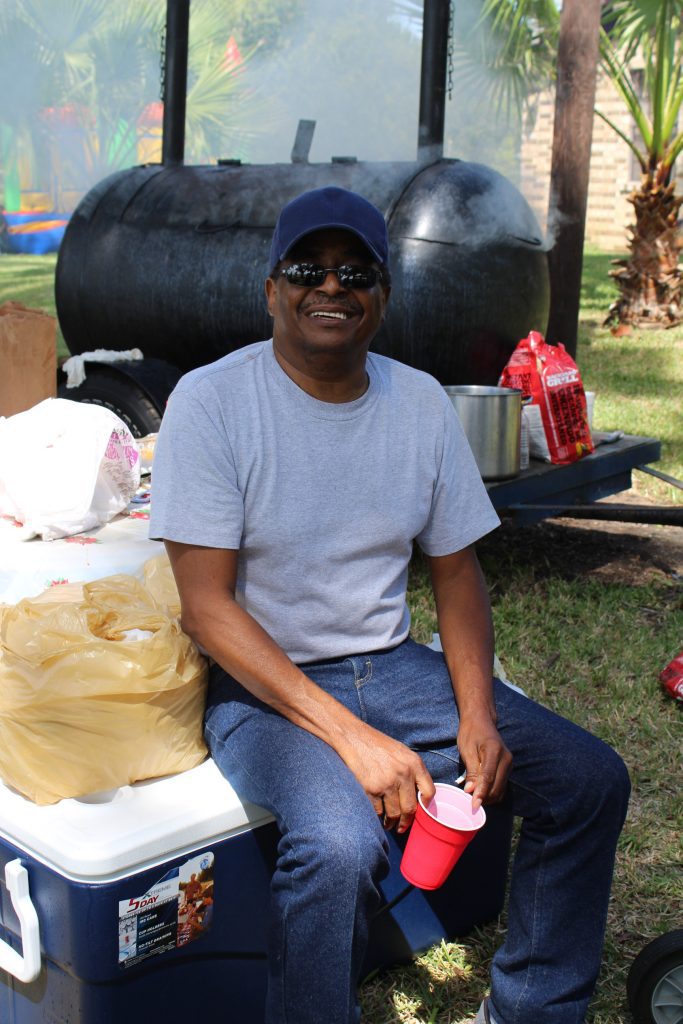