As far as his wife of nearly thirty years, Debbie, was concerned, she might as well have had four sons.

Jay graduated from Virginia Commonwealth University, in 1987, with a degree in Computer Science. Typical of navy families, the Nelsons moved a lot. Jay’s prankish nature developed early. His sisters recall coming home from school and having their brother pour buckets of water down on them from the roof.

When he became old enough to join the military, Jay wryly announced that he had faithfully served his country by following his father from assignment to assignment all over the U.S., Japan and Hawaii. Nelson Sr.’s last command was in Yorktown, VA.

Frequent moves caused a special bond between Jay, his sisters Valerie and Karen, and brother, Jeff, all growing even closer after their parents died, Annette Nelson of Glioblastoma, in 1986; George Sr. of esophageal cancer, in 2005.

Jay met Debbie Crenshaw, a pretty, blonde nursing student in 1986, when she was working an externship at VCU Health Systems during the summer.  He was frequently at VCU, spending time with his mother, who was terminally ill with cancer. A special friendship developed between Debbie and Jay during that difficult time. Marriage followed and lasted three months shy of thirty years. 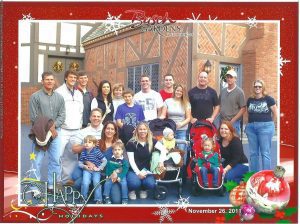 Last Christmas, Jay bought his wife a Pandora charm inscribed with the number “30.”  When Debbie reminded him that “It won’t be thirty years until August,” he quipped “I’m being optimistic.”

Jay’s eternal optimism was on display, meaning he would continue to fight cancer, and the two would celebrate their 30th anniversary together.

Humor, quips, pranks, making people laugh were Jay’s way of spiffing up the universe, keeping everything in perspective, especially the bad stuff.

All about having a good time

One friend fondly recalled “Jay playing tricks on us, making us all laugh, and of course [we planned] our strategies to get even. She also remembered “my husband and Jay throwing food at each other’s cars as they drove down Hull Street.” 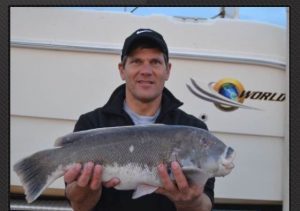 Jay’s sister-in-law, Michele Nelson, told how Jay “always made you laugh no matter what.” He also “flipped his flip-flops really loud” when he walked, shesaid.

Jay’s nine-year-old nephew, Evan Nelson, said his uncle’s “really annoying habit was pulling his socks down and hanging them off his toes.” His nephew Bryce Nelson, seven, remembers how his Uncle Jay called him “Bryce-a-Roni.” 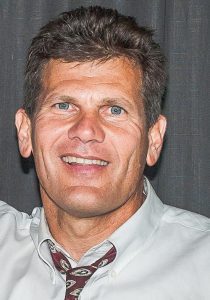 Jay was notorious for never having his wallet, not even to pay for lemonade at his nieces and nephews’ lemonade stand.

But he was also willing to help people down on their luck.  When he was living in Newport News, VA., he ran across the same homeless man on his way to lunch everyday and would buy him a hot dog. Jay even arranged for a week’s stay at a hotel for the man, some clothes and personal care items so he could interview for a job.

Except for a brief time in Alexandria, the Nelsons lived in various homes in in Chesterfield, VA.  After Jay and Debbie had been married for three years, he accepted a position with Systems, Applications and Products (SAP), a German software company that involved week-long assignments away from home.

Jay always formed strong friendships at his assignment, his wife said.  While he was extremely good at his job, he was far from a computer geek, relishing any opportunity to play practical jokes on his co-workers.

Most weekends were all about the family. Despite Jay’s “bigger than life personality,” Debbie said, he wasn’t a drinker, except on rare social occasions, didn’t smoke, do drugs, or cheat.

But when it came to attending sporting events with his sons, skiing with his family and his best friend, Ryan, or taking off on a fishing trip with his brother and sisters, Jay was the first to volunteer.

He worked as hard as played.  When Jay and Debbie were first married, he had little experience fixing cars or repairing household appliances, but he would at least try.  His father-in-law still recalls Jay replacing the carpet in Debbie’s car with duct tape.

Once he discovered YouTube, however, he took it upon himself to learn how to fix things properly.  Their current home has many examples of Jay’s craftsmanship and landscaping skills.

Jay was extremely involved in his three boys’ lives and very proud of the young men they have become.  The oldest, Brandon, is twenty-seven, an engineer, and married to Elizabeth (Libby) Currier.  They live in Boston.  His middle son, Adam, is twenty-five and in a long-term relationship with Chelsea Almeida, a young woman Jay loved to tease.  A graduate of Hampden Sydney College, Adam is in sales at Ferguson

Enterprises in Washington, DC.  His youngest son, Kyle, is eighteen and will start Hampden Sydney College in the fall.

“Among my friends,” son Kyle said, “Dad was always a big favorite.  He would play any game with us, whether it was basketball, football, fishing in the back yard, or teaching us to wakeboard or tube.”

Jay’s true regret, his wife said, was that he might miss graduations, marriages and grandchildren.

Aside from his gardening prowess and learned carpentry skills, Jay was a great cook, a blessing for Debbie, who wasn’t. During the last few months of his life, even when he was unable to eat due to his illness, he continued to watch everything on the Food Network.  Along with Sponge Bob, his favorite TV show, he also loved the Discovery Channel and any show about living off of the grid.

Extremely health conscious, Jay was active and outgoing—until a rare form of cancer, called sarcoma, struck in September of 2014.  It eventually spread to his liver, bones, and muscles.

As a trained nurse, Debbie did everything—and then some—to extend Jay’s lifespan, including reading up on the latest treatments, even convincing doctors to do things they might not otherwise have considered. Meanwhile, Jay continued to work until January 2017.

Jay’s final job was as a computer consultant for the U.S. Army, in Northern VA.

Despite every medical advance available, not to mention Jay’s ceaseless optimism and his “I will not give up or give into cancer” attitude, he passed away after two-and-a-half years of fighting the good fight. Intensely private, Jay rarely discussed his illness with anyone other than Debbie.  Due to his habit of refusing phone calls and texts while wrapping his head around his prognosis and treatments, his family called Jay an “ostrich.”

Still, doctors, family and friends all marveled that his strength of character, positive attitude, and ever-present humor never wavered.

“Jay was an amazing, talented and fun-filled guy that brought happiness to others and our family,” one friend wrote on a card to the Nelsons.  “We were blessed to know Jay, and heaven is certainly lucky to get a great angel.  One day we will see him again, and I am sure he will continue to make us laugh.”

The family appreciated the fine doctors and team members of VCU Health System for their support and care throughout Jay’s illness.

In lieu of flowers or donations, Jay would want you to take a few moments out of your busy schedule to savor your precious time with family and friends, and to enjoy all the beauty, fun and delight that life has to offer.