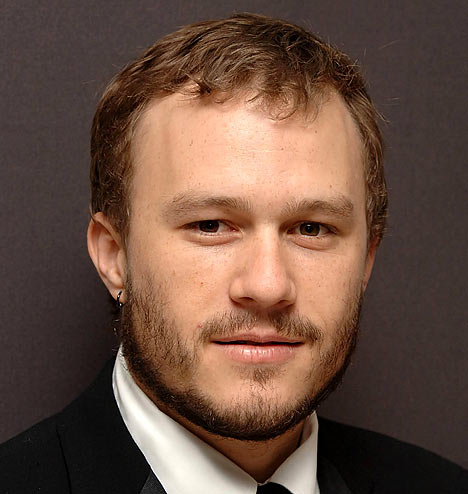 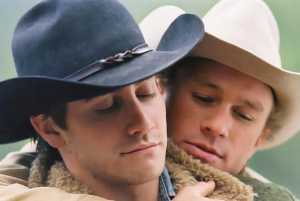 To make matters worse, his tragic overdose seemed to compartmentalize him with Anna Nicole Smith, River Phoenix and Brad Renfrow, celebrities who became more famous for their substance abuses than their careers. Yet, until his premature end, Ledger’s indulgences had neither interfered with, nor overshadowed, his work. Perhaps because he never courted fame, only risky roles that stretched him as an actor, his absence is experienced on a different level–more like James Dean, who died in an automobile crash in 1955 and left a permanent vacancy in the world.

Ledger’s immortality rests in his films, of course, and his two-year-old daughter, Matilda Rose (shown right), his child with Michelle Williams, the actress he met and fell in love with on the set of Brokeback Mountain, the movie that launched Ledger into super-stardom. Up until last September, the couple shared a Brooklyn townhouse and enjoyed a “Starbucks and stroller life,” according to one account, Ledger’s drug abuse said to be the cause of a split that devastated both. “They never stopped loving each other,” one friend said, “They just stopped living together.” 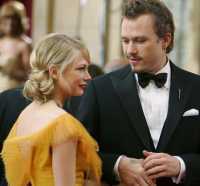 Working on a movie in Sweden when she learned of his death, an anguished Williams (shown left in Reuters photo with Ledger) rushed back to New York and–in a written statement–talked about how much the actor adored his tow-headed toddler, a “tender-hearted, high-spirited, beautiful little girl who is the spitting image of her father. (Heath’s) family and I watch Matilda as she whispers to trees, hugs animals, and takes steps two at a time, and we know that he is with us still. She will be brought up in the best memories of him.”

“Happily Ever After in Your Eyes”

At his final memorial in his hometown of Perth, Australia on Feb. 9th, mourners watched a video montage of Ledger and Matilda as “Happily Ever After in Your Eyes”–a song especially commissioned for her–played in the background. Upon learning he was to be a father, an overjoyed Ledger commissioned rock musician Ben Harper to compose a lullaby to commemorate the birth of his “baby girl,” Harper said. Music, one of Ledger’s greatest passions (he and Harper planned to start a record label together), figured prominently in the service.  Among the songs, “The Times They Are A-Changing” by Bob Dylan, who Heath portrayed in I’m Not There.

The “best memories” of the “bloke” from Perth–a guy who often bagged his own groceries, loved the “grunt work” of being a dad and tattooed his daughter’s name on his belly–tumbled out at Perth and other tributes: how the actor relished beating his dad at chess, skateboarding around Brooklyn, carrying Matilda on his shoulders, playing pranks, and, oh yes, how a party never really started until Heathy arrived. Family and friends, including Williams, capped off the day’s events in Australia by splashing about at Cottesloe Beach, Ledger’s favorite surfing spot.

Heath Andrew Ledger (Heathy to friends), the youngest of two children, was born April 4, 1979 in Perth, Western Australia to Sally, a French teacher, and Kim Ledger, an engineer who designed race cars. His parents divorced when he was 10. Named after Heathcliff in Emily Bronte’s Wuthering Heights (“Mum’s a hopeless romantic,” he told People magazine), Ledger left home at 16 on a 2,700-mile trip to Sydney with virtually no money and the vague idea of breaking into acting. His movie debut came in a 1997 Australian teen drama, Blackrock, which led to a breakthrough part as a gay athlete on Sweat, a TV show about young Olympic hopefuls. As he would later do for Brokeback, Ledger ignored the risk factor and chose to play the gay part over that of an Olympic swimmer, he explained at the time, because he was more apt to get noticed as an actor.

He moved effortlessly between roles

Hollywood called for a starring role opposite Julia Styles in the 1999 high school comedy, 10 Things I Hate About You, a less than mediocre takeoff on Shakespeare’s Taming of the Shrew. As weak as the film is, Heath Ledger owns the screen. Resisting the young hunk roles that poured in after 10 Things, surviving on Top Ramen, he waited for the right scripts. It paid off. Looking to diverse characters, he eventually moved effortlessly between genres: the Revolutionary War rebel at odds with his battle-weary father, played Mel Gibson, in The Patriot; the hard-drinking, beaten down son of an embittered death row prison guard (Billy Bob Thornton) in the low-budget, racially-charged Monster’s Ball; the pursued outlaw in the Australian period drama Ned Kelly and the notorious womanizer in the romantic comedy Casanova. Not until Terry Gilliam’s inconsistent fairy tale, The Brothers Grimm, however, did Ledger gain a sense of his acting chops. “Terry was the first director who saw me for what I could do,” he told Entertainment Weekly. “He challenged me and I was ready to earn my career and start over.” Unfortunately, the film bombed at the box office and was royally panned by critics, although Ledger’s nerdy Jacob Grimm remains the best thing about it.

Two diametrically opposed movies about knights essentially bookend his all-too-brief career, the first happy.  The last not so. In A Knight’s Tale (2001), a raucous, tongue-in-cheek blend of rock music and 13th century swordplay, squire Will assumes the phony name and title of Sir Ulrich von Lichtenstine and swashbuckles his merry way across France to participate in “The World Championships” of jousting in London.

In The Dark Knight (2008), the latest in the Batman franchise (scheduled for release this summer), he takes on quite a different persona in The Joker (shown below), a murdering psychopath who paints his face like a macabre gargoyle and manifests chilling evil. The part is said to have weighed heavily on Ledger’s mind, contributed to his insomnia and depression over the loss of his relationship with Williams, and separation from his child. In an interview with the New York Times last November, he complained of sleep deprivation, to the point where two Ambien bought him only an hour’s rest.

He dominates the screen

Ledger wrestled to disappear into characters, nowhere more consummately than in Brokeback Mountain, the 1960s story of star-crossed cowboys Ennis del Mar (Ledger) and Jack Twist (Gyllenhaal). With only horses and sheep to keep them company, the two find each other in the wilds of Brokeback at a time when gay relationships could not be acknowledged. The majesty of Ledger’s performance comes in the way he reluctantly succumbs to Twist’s advances, suffers monumental guilt about his marriage, and proves incapable of abandoning the intermittent 20-year love affair that ends in tragedy.

Perhaps the best way to eclipse the tabloid nature of the young actor’s premature end (other than to award him a posthumous Oscar for his role as The Joker) is to view his movies. Even in tankers like Four Feathers, The Order and Casanova, Ledger’s larger-than-life presence dominates the screen. His last film, The Imaginarium of Dr. Parnassus (2009), another Gilliam epic, while not finished shooting, is expected to retain Ledger’s footage, his sudden absence in the movie explained away by the film’s theme: magic.

(Photo of Heath Ledger at top of story courtesy of the Daily Mail, London)