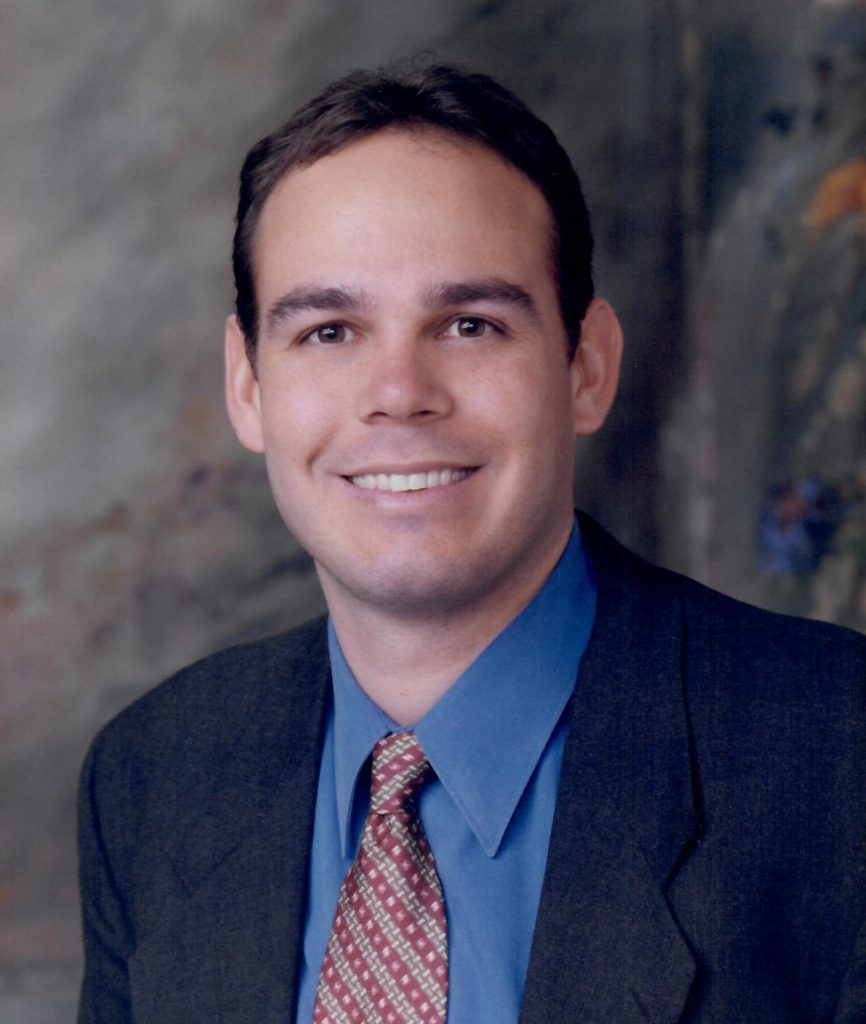 John Wesley Chipman—a beloved son, brother, uncle, and friend known for his nonchalance (until he got to know you), dry wit, vast knowledge of history, all things sports and movie related, and lamenting every faulty move made by USC football since the Pete Carroll years—passed away on November 8, 2019 at his home in Woodland Hills.

An avid reader, John was anything but an open book. Even when the text became clear, few but those closest to him had the honor of comprehending his humor, his idiosyncrasies, his paradoxes. One of his best friends, Greg Dare, relates how John was a chronic ranker.

“Many of our conversations would include some sort of challenge to list or rank things for debate/critique by the other,” Greg wrote in a final letter honoring his friend. “For example, the top 5 movies with Tom Cruise, best quarterbacks six feet tall or less, worst professional sports outfit.” The letter was read at John’s memorial by their mutual friend, Ernesto Banes.

John held a raft of quirks, dearly recalled by Greg, things like drinks. Take Coke. It couldn’t be Coke Zero, Caffeine Free Coke, Cherry Coke, or Vanilla Coke. It had to be original Coke. And it couldn’t come in a bottle. It could only come in a can.

In the same vein, Ernesto Banes, a co-worker who became a close friend soon after they met in 1988, said it took quite a while for John’s ice to melt. For the longest time, Ernesto said, the two would pass each other at work, and John would walk by him without so much as a  word or a glance.  It wasn’t until they both found out they liked to shoot pool at a place called Yankee Doodles that they bonded. They also liked to close the place down.

There was another John, the studious kid who graduated in Business from USC in 1986 and went on to pursue a successful career in Project Management for large corporations, including Aramark in Burbank.

The tall, slender, smashingly handsome young man with the wondrous brown eyes that sparkled with humor and intelligence.

The uncle who had no children of his own but treasured his nieces, Lexi, Ashley, and Tiffany, as well as those who considered him an uncle; Isabella, Emma and Adriana. He read to them, played with them, and spent undivided time with them.

His oldest niece, Lexi Chipman, wrote a poem about John, a portion of which is related below.

The older of two boys, John Wesley was born on October 30, 1964, in Burbank, CA, to John Chipman, a distributor of newspapers, and Marylee (Matthews), a homemaker. It was a loving household, but one with strict rules about studying, obeying parents (especially Mom!), and caring for their belongings.

There were fabulous birthday parties, decorations in every corner of the North Rose Street house on holidays, and yearly Christmas cards, often featuring John and younger brother Matthew in sports jackets or PJ’s, or with their parents: John, Sr., a towering presence, square jawed, with laughing eyes and a ready quip. And Marylee, a breathtaking brunette with the face of an angel and the fierce protectiveness of a Bengal tiger.

There were vacations on Balboa Island in rented houses by the bay, the boys building sandcastles, riding the ferry, munching on chocolate covered bananas, eating pancakes in the village, visiting Grandma Sally in Newport, speedboating around the island, and playing darts at the Fun Zone… Later on, the boys preferred the ocean at San Clemente.

John and Matthew, however—who became close friends as adults—fought all the time as kids.

“I recall it always started out as fun, competing for something,” Matt wrote in a letter to his brother that he read at John’s memorial.

“Maybe it was indoor football, street hockey, basketball on our driveway, tennis, a game of pickle, whiffle ball, board games, cards, who knows?”

The games “often ended in a few swings at each other, perhaps a game table getting dumped, mom telling us to go to our rooms, and some sulking,” he continued. “However the fighting or anger never lasted. Usually within an hour later, we were at it again trying a new game.”

“I respected you and your choices”

Throughout their childhood and beyond, Matt looked up to John. “My competitive nature wanted to surpass your achievements, and you set the bar high,” he wrote. That included earning top grades and excelling on the high school tennis team as his brother had. “You went to USC, and so I did as well,” he continued. “I followed in your footsteps not because I had to, but much because I respected you and your choices.”

Both boys wed in their 20’s. When their marriages failed shortly thereafter, Matt and John’s bond strengthened. Matt often urged his brother to come out to West L.A., hang out, bar hop, go to USC games, or accompany him and young Lexi (a product of Matt’s first marriage) in an outing.

“I was sincerely proud to call you my brother whenever we would meet people,” he wrote. “In fact, you were even with me the night I met my true love, Amy.”

John had so much to be proud of, his intellectual acumen supported by extensive reading in most all categories. According to his friend Greg, “He could finish books faster than anyone I knew.”

He had a wide variety of interests, Greg went on, but he was most interested in books on military history. “He could recite various battles and strategies of Military masterminds.” Breaking Bad was his all-time favorite TV show, and he was a chronic movie buff with a certain affection for Asian produced dramas with amazingly choreographed fight scenes.

“If anyone needed information about books, movies, shows, people, or music, you were the one to go to,” Matt wrote in his letter. “You researched your information, retained it, and explained your position supported by facts.”

A pragmatist, John liked to cook the same four or five dishes and frequent the same half-dozen or so restaurants, Greg said. “Biggest weaknesses: Calamari @ Il Fornaio; Baby back ribs @ Rib Ranch; and the Italian Combo sub sandwich @ Cavarettas.” And he almost always had fresh guacamole in the fridge. Detested paper napkins – preferred to use a paper towel at home.

John loved to hit Vegas, even for a day. “We’d bet football (of course) and play blackjack, craps, and three card poker,” Greg added. “But his real affinity was the horse track – he introduced me to betting Exacta Boxes at Santa Anita. He’d share research on the latest Bob Baffert trained horses. And he never missed a Kentucky Derby, Preakness, or Belmont.”

His knowledge of and respect for the sport of football was perhaps the most powerful bond between Greg and John. “College or NFL,” Greg said. “It didn’t matter, we were watching. The big games, often together.”

They’d banter during the games, analyzing plays and coaching decisions – over text message if needed and theorize ongoing draft potential throughout the year. Obviously, John had allegiances to USC. “He was as big a fan as could be.”

As for video games: the last few years it was Candy Crush, Angry Birds, and Madden, Greg wrote. He opened a Facebook account, solely to get free lives in Candy Crush – never once posted anything or added any contacts. “He finished every single level that existed and was proud to say he’d never spent a dime on it.”

John also had the most intricate Twitter dashboards set up to track what was trending, celebrity gossip, or other current events. “The only post I saw him make in recent years,” Greg said, “was one to USC football saying that if they hired Jack Del Rio as head coach, he would burn all his USC gear and never watch a game again.”

Greg’s wife liked John’s dry, quick wit. “Like her he could take a joke and also dish one out – more importantly he was 100% genuine. Our daughter loved that John was fun to be around and gave her as much attention as she wanted.”

As John’s brother said, “There was a strength and kindness to John that few knew.”

“He was such a good human being,” Greg added. “I will miss his friendship. I’m a better person for knowing him. May he find the perfect beach he was seeking.”

He was also whip smart at his job. It came as a surprise to Matt that John, in a letter left after his passing, struggled to retain information in later years and complained that his short-term memory was not strong.

“I had trouble accepting or believing that and didn’t understand the hidden struggles you were dealing with,” Matthew wrote. “On the surface, I saw that you had better jobs at large companies with high pay and good benefits.”

Eight years ago, John asked his brother to join him on a company paid trip to Hawaii to honor its strongest performing employees. “Your boss and co-workers were extremely complementary of your work ethic and performance. I’m sorry I did not see the issues you had with work as you hid your insecurities well.”

John’s passing, while still in his prime, was a devastating shock to everyone who knew and loved him. That he suffered from depression that he hid from family and friends has left them all eager to remain alert to others who might wear a mask in public to conceal inner turmoil.

Matthew Chipman vowed to his brother: “I will try to understand depression more, and plan to do something significant in your honor to help those that are reluctant to ask for or get help. My goal is that your loss will save many lives. In fact, it was confirmed this past week that your unselfish acceptance to be an organ donor has already resulted in success.” 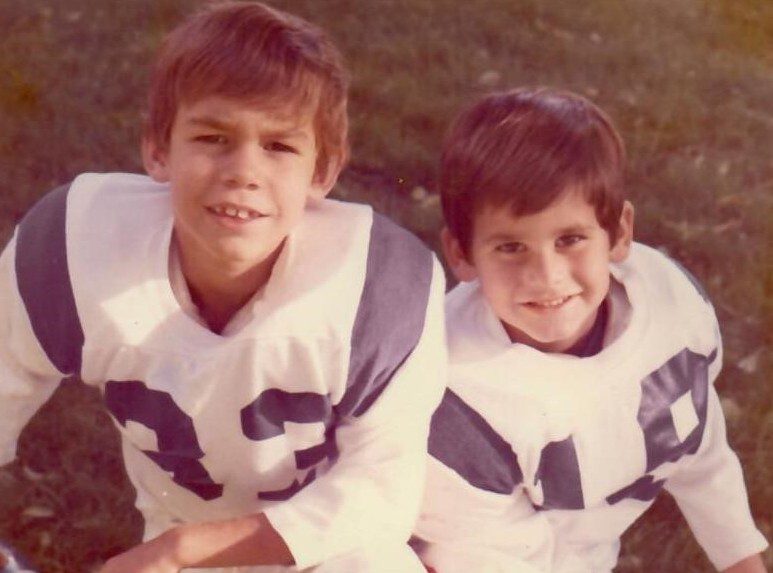 May we ask for help when we need it as scary and as vulnerable as that can be
May we add the word, “Really?” to “How are you?”
Making it, “How are you really?”
Because the other phrase seems to have lost its meaning
May we live loudly and lovingly
May we stop being afraid of being too much or being too little
And fall in love with who we are instead
Fall in love with the light inside of us

Expressing what many others long to say, Matthew wrote, “Above all else, I want you to know I love you and I miss you. I have never experienced such emotional pain in my life than losing you, and I will never forget you.  You will never know how much I care for you, but if you have heard my prayers, then I suppose you do.”

He was eulogized by his brother, Matthew Chipman; his niece Lexi Chipman, and dear friend, Ernesto Banes at a memorial service at Faith Chapel, Forest Lawn, Hollywood Hills on November 23, 2019.

May John rest in eternal peace knowing that he was treasured by many.