Full of grace and kindness

Studious, passionate, full of grace and kindness, Marilyn Ann Rosenthal—a devoted  mom and enthusiastic teacher who fostered her students’ character as well as their intellect—passed away of natural causes in Colorado Springs, CO, on December 23, 2018, her children at her side. She was 90-years old.

Few knew what a skilled musician she was, how superbly she played the piano—except, that is, for the pet parakeet that sat on her shoulder, an image her family treasures.

One of five children of Glenn Fithian Sr, a farmer, and Esther (Skavdahl) Fithian, a teacher, Marilyn was born on January 5, 1928, in North Platte, Nebraska. Raised with strong mid-western values in a loving, rambunctious family that included two brothers and two sisters, she sensed her calling early and moved to Fort Collins, CO, where she entered Colorado State University (CSU), graduating, in 1947, with honors and a BA in Sociology and Education.

At 5-feet-5, Marilyn had beautiful, soft brown hair and smiling blue eyes. Gregarious and full of fun, she was never without a smile on her face. One can easily imagine her as a Kappa Kappa Gamma sorority girl sought after by all the boys.

She also had a serious side. Yearning to provide her students with more than academic learning, she went on to earn her Masters in Guidance and Counseling at the University of Denver.

Marilyn met Denver native Ken Rosenthal at CSU. He had served in the U.S. Navy during WWII and was attending college, as were many veterans at the time. They married on June 15th, 1946. Ken had served on three battleships, all hit by Japanese suicide planes. The tragedy of losing fellow seamen left him riddled with PTSD, which he suffered from for the rest of his life.

The couple attended several Navy ship reunions. There, they met many others who were experiencing PTSD, a condition about which little was known at the time. These men visited and commiserated with each other in their final years. Marilyn understood her husband’s trauma and cared for him with love and affection until he died in 2010.

But there were many good times. The couple had two children, a daughter, Jeannie, and a son, Gary. Yearly trips to Yellowstone National Park were looked forward to with great anticipation. The vacations were always timed to make the June 15th opening of fishing at Yellowstone Lake. The Rosenthals were often accompanied by the Grazier and McKee families, and cutthroat trout was on the menu every night.

“We rented very rustic cabins and the moms would prepare meals for all on wood-burning stoves,” daughter Jeannie Dickman said. “The kids ran along the lake, fished and played. Many wonderful memories for all three  families.”

Marilyn’s teaching career began in a one-room schoolhouse near Sedalia, CO, near her parents’ ranch. During her long tenure, she assumed various leadership roles, including President of the Douglas County Teacher’s Association and quickly

won over parents with her deep and abiding interest in their children.

Their votes cancelled each other out

Especially interesting, in this day of extreme political divisiveness, Marilyn—a political junkie—managed to keep the peace, despite being the polar opposite of her husband in terms of political party. It was something of a family joke that their votes cancelled each other out for most of their lives.

An avid learner, Marilyn devoured biographies as well as books on history and politics. She held meetings at her home, went to rallies and attended caucuses.

“There was probably not a minute that went by that she didn’t think about the current political situation,” daughter Jeannie Dickman said.

Marilyn’s tremendous curiosity and intellect drew her to all sorts of outside interests, piano only one of them. She enjoyed hunting for arrowheads, both a hobby and lifelong study. She relished delving into the anthropology and archeology of native tribes and could easily identify an artifact’s origins at first glance. When she discovered an interesting site, rather than disturb it, she would notify a nearby university.

Dedicated to helping others

Above all, Marilyn’s life was dedicated to helping others. She not only taught children but offered her assistance to whole families in need.  She would collect food and clothing, often housing the families in her home until other arrangements could be made. She could quickly put a meal together for any number of surprise guests.

One of a small group of people who founded the Hilltop Community Church near Parker, CO, Marilyn arranged for the

congregation to first meet in a tiny one-room school. Eventually, she helped raise money to build a beautiful church on donated land.

Compassionate and understanding, Marilyn listened carefully to the problems of relatives as well as friends. She was kind and never judged the decisions of others.  She knew that people were all shaped by their past.

Service will be held on June 29th 2019 at 10 AM, at St. Phillip in the Field Episcopal Church, 397 N Perry Park Road, Sedalia, Colorado, 80134, Reverend Janet Fullmer presiding.  Luncheon will be served in the church reception area. Internment of ashes will follow. 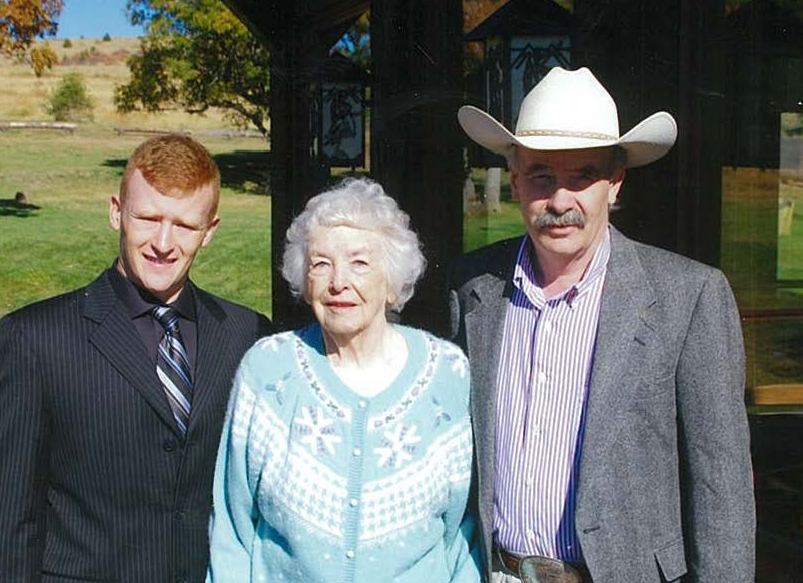 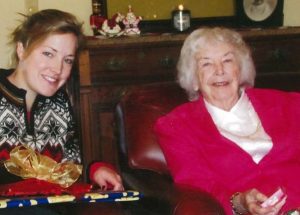 One thought on “MARILYN ANN ROSENTHAL”