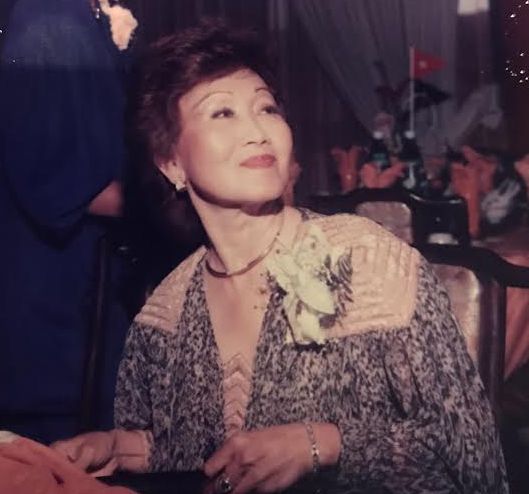 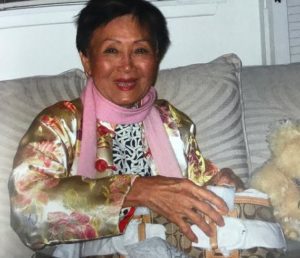 Most in West Hollywood knew the beautiful Paulita by her first name, loyal customers who often stopped by her Four Seasons Dry Cleaners just to say Hi. An astute business woman, she and her husband co-founded the multi-million-dollar business, a landmark establishment that was rated “Best Dry Cleaners in Los Angeles” by Los Angeles Magazine, and has been featured in the LA Times, Wallpaper, and Women’s Wear Daily.

Alongapo, Philippines. Her father, Chonng Saik, owned restaurants and retail stores, and her mother, Wong See, was a homemaker.

When Paulita, as she preferred to be known, met handsome Edmund Lew in the Philippines, he was serving in the U.S. military.  Head-over-heels from the moment he laid eyes on the dark-haired, five-foot-two stunner, Edmund proposed, asking her to leave her family and move with him to California to help run various family businesses, including the Four Seasons Dry Cleaners.

They married in a formal wedding on May 27, 1946, and Paulita started on the path to an amazingly successful life with Edmund. 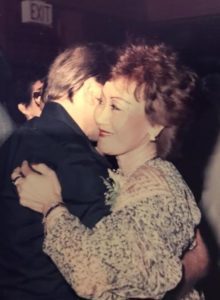 The pair eventually settled in Silverlake, where they raised their five children, Betty, Nancy, Pearl, Lana, and Edmund, now a doctor. The Lews’ spacious home was filled with family photographs and exquisite Chinese art. Because Paulita loved ballroom dancing, often competing with her husband, she had a dance room built in their house.

Ever the optimist, she always encouraged her kids, and later her grandchildren, to “follow your dreams.” As they grew older, she would also advise them to invest in real estate and buy “Disney or Visa stock.” An active investor herself, Paulita amassed commercial and residential properties throughout Los Angeles—in Hollywood, Silverlake and Glendale.

Said her grandson, Martin Lew, Paulita had “a significant impact on most people’s lives” she touched. She was a mentor, a personal and business adviser, and a business Maven. Her advice to all, he said, was “work harder than everyone else and treat people like you want to be treated. Do these two things and you will be successful.”

Known as a caring and compassionate boss to some fifty employees, she adored working at Four Seasons, and continued to run the business long after her husband died, in November of 1993. Most customers saw her behind the counter, beautifully dressed in fashionable slacks, a white shirt, and a gold necklace or pearl chain, pearl earrings, plus a jade bracelet. “She always had a smile on her face,” Martin said.

She loved making a connection 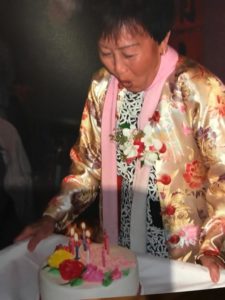 She adored clothes, preferring to shop at Nordstrom and Talbots, often appearing at dinners in gorgeous, embroidered-satin jackets. The fruits of her labor usually came in dinners out at the Phoenix in Chinatown, Lawry’s or the Tam O’Shanter on Los Feliz Blvd. You could also count on Paulita bonding with employees or other people at restaurants by talking about her past experiences. She enjoyed making a connection with people and letting employees know how much she appreciated their hard work.

Paulita took excellent care of herself, with frequent massages and facials. She particularly enjoyed herself when in the company of her children and family. But her main goal in life was to always do anything possible to help family members improve their lives. No matter who you ask in the Lew family, Paulita “was the best mother, grandmother and great grandmother anyone could ask for.”