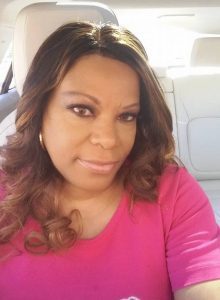 She called the shots

Oshuntoki “Toki” Stamps—a beloved mother, aunt, and AKA sister, whose talents ranged from planning spectacular events to orchestrating government contracts—passed away from breast cancer in San Diego, CA on Thursday, April 14th. With her at the end, her father and two brothers, as well as, in spirit, her only son, Tyler Curry, who was working out of state at the time.

She was just forty-eight.

One thing most understood about Toki, she called the shots (often in a very loud voice) and knew what she wanted. A licensed cosmetologist while working her way through college, she went on to earn an MA in Business, her aim to prosper in the corporate world.

Toki was born November 8, 1972, in Chicago, IL, to Robert Tucker, Sr. and Dorothy Stamps. Although her parents separated, they remained close friends until Dorothy’s death in 2012. Robert had three other children, sons Tony and Robert, and a daughter, Taisha. END_OF_DOCUMENT_TOKEN_TO_BE_REPLACED